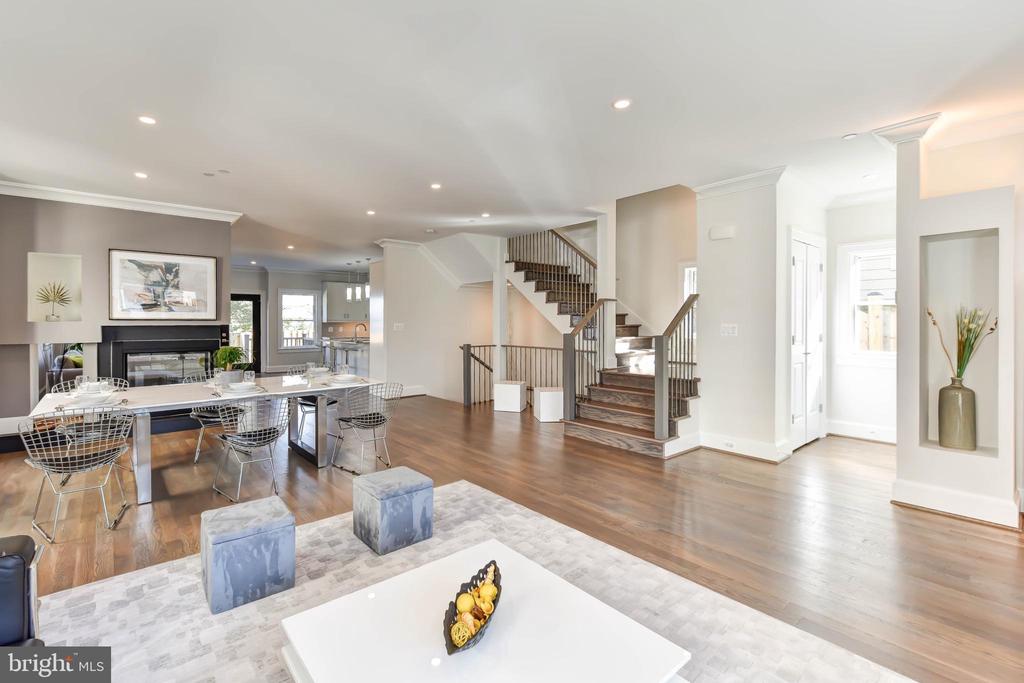 Bethesda is a phenomenal place to live and the properties the town has to offer are one of a kind.  Take advantage of everything Bethesda has to offer and let us at Goodman, Realtors® show you the way with your future real estate endeavors.

Goodman, Realtors® is your devoted and reliable brokerage for real estate in Bethesda

We at Goodman, Realtors® specialize in homes for sale in all Bethesda neighborhoods. Whether it is a house for sale off of Old Georgetown Road, or a condominium off of Wisconsin Ave, we have you covered. We provide top notch service and years of experience in Bethesda to our clients.

Established in the early 1900s, Edgemoor is now a very affluent neighborhood with a wealth of amenities within reach. With its prime location, just west of downtown Bethesda, residents of Edgemoor take advantage of its convenient walking distance to the Bethesda Metro and Bethesda Row. Its location also offers a short commute to downtown DC and Northern VA.

There is a sense of convenience and community in Edgemoor, especially amongst members of the private Edgemoor Club for both children and adults alike. The public schools are a vital resource, which include Bethesda Elementary, Westland Middle and Bethesda-Chevy Chase High. It is also home to the elite Sidwell Friends private school with such attendees as the daughters of President Obama.

Edgemoor is known for its incredible architectural diversity. Home prices consistently reach multi millions of dollars. Since the late 1990s many Colonials and other smaller homes have been purchased and redeveloped into larger contemporaries.  The homes for sale in Edgemoor are considered some of the most desirable in the Bethesda area.

The Bradmoor neighborhood is located North of the Edgemoor subdivision, and west of Old Georgetown Rd, directly behind Suburban Hospital. Many of the residential homes were built between 1940 and 1969.  The housing supply is very tight compared to the demand for property here.  For this reason, in addition to its desirable location, many original homes are being purchased for tear-down. Based on past sales trends, this revitalization along with one-of-a-kind remodels has helped Bradmoor real estate maintain its value over time.

Aside from the multiple private school options, this Bethesda neighborhood is zoned for high-ranked public schools such as Bradley Hills Elementary, Pyle Middle School and Walt Whitman High.

This neighborhood is known for its diverse urban sophisticates. Its concentration of well-established homeowners deems it one of the wealthiest communities in the nation. The lifestyle and culture of Bradmoor residents, contribute to the character and appeal it is known for today.

Alta Vista lies between Rockville Pike and Old Georgetown Rd, two of Bethesda’s busiest commuter roads. The I-495 Capital Beltway, on its Northern boundary, serves as a draw for residents who drive to downtown Washington. Many residents commute via Metro – the Medial Center station on the red line. It would not be unfamiliar to see daily bicyclists on their regular commute through the neighborhood as well.

Residents appreciate its proximity to the Wildwood Shopping Center. The local YMCA BCC and Maplewood-Alta Vista Park offer both indoor and outdoor activities year-round.  The area is known for many high-performing schools including the public Wyngate Elementary, North Bethesda and Tilden Middle Schools, as well as Walter Johnson High. The close by campus of National Institute of Health (NIH) is a significant employer to constituents of Alta Vista.

Varying architecture from historic homes to new contemporary houses such as the new Bethesda Mews development, complete the neighborhood flavor. Real estate prices have escalated significantly over the past decade in this Bethesda neighborhood. Any single family or townhome in the Alta Vista subdivision priced below $600,000 would indicate likely disrepair.  Home sales in the millions are commonplace.

Georgetown Village located in the 20817 zip code of Bethesda, MD is centrally positioned south of Democracy Blvd, West of Old Georgetown Rd and in the middle of the I-270 merge to I-495 E and W.

This neighborhood stands out due to its clustering of real estate built in the “Baby Boom” era of 1945-1964. Home construction in America flourished during this time. The housing market grew parallel to the sprouting population and homeowners then and now, appreciate living on the edges of the city. You will find many moderate-size, rambler-style homes that are more affordable than its adjacent subdivision property prices.

There are a host of private schools that cater to this location including Georgetown Prep and Holy Cross. Ashburton Elementary, North Bethesda Middle and Walter Johnson High are the public education offered to the youth. Its residents welcome its proximity to DC and take advantage of city conveniences while residing in a suburban setting.

In the Columbia Forest neighborhood, a mixture of owners and renters occupy most of the residential real estate.  Out of all the Bethesda neighborhoods, it has the highest concentration of people that walk to work; for those that don’t, Bethesda Metro is accessible within minutes. This neighborhood is located east of Wisconsin Ave and north of East-West Hwy.

Sizeable and stately detached homes neighbor high-end condominiums and luxury rentals. In Columbia Forest, there is a dense blend of homes for sale and lease amongst the professional buildings and entities.  Home values are regularly in the multi-millions with varying distinctions and custom styles.

Reputable schools include Bethesda Elementary, Westland Middle and Bethesda-Chevy Chase High. While residents are away from studies or work, many can be found outdoors along the Capital Crescent Trail, at the restaurants and stores of downtown Bethesda or amongst other members of the Columbia Country Club.

Glen Echo is a very niche Bethesda neighborhood with roughly only 100 housing units. Many of the residences offset MacArthur Blvd- the conduit road to and from Washington, DC.  The median sales price of homes in Glen Echo is higher than 99% of other neighborhoods in Maryland.

Positioned along the Potomac River, many homeowners revel in the serene privacy of their surrounding landscape. Many enjoy scenic views from their own yard.  Nature enthusiasts from the surrounding area, including Northern Virginia can be found along its bike trails and on the Potomac.

Schools that serve Glen Echo include Bannockburn Elementary School, Pyle Middle, and Walt Whitman High. The town is famous for its Chautauqua cultural events and its old amusement park, the famous Glen Echo Park, now a U.S. National Park. It is rich in history and celebrated its centennial in 2004.

Goodman, Realtors® is your devoted and reliable brokerage for real estate in Bethesda.