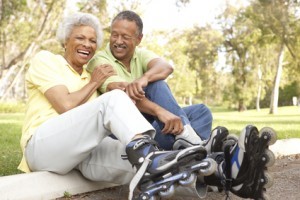 Bethesda, MD is a urban community in Montgomery County just north of Washington, DC. Downtown Bethesda is home to more than 200 ethnic restaurants, 20 art galleries, two live theatres, music, dance studios and many boutiques. The area is renowned for three of the world’s leading biomedical research centers — the National Library of Medicine, National Institutes of Health  and the National Naval Medical Center.

According to the U.S. Census (2010), the Bethesda, MD community is the best educated city in the nation with a population of more than 60,000. Approximately 80% of the residents have a bachelor’s degrees and 49% have graduate or professional degrees. The median income for a household is $126,414. The area attracts professionals because of its convenience to DC, its first rate schools and the numerous amenities within Downtown Bethesda.

North of Washington, DC, West of Chevy Chase, and East of I-495.

The area is known as Downtown Bethesda and is centered at the intersection of Wisconsin with Maryland Route 187, Old Georgetown Road and Maryland Route 410, East-West Highway.

There is no service on Sunday.

Points of Interest in Bethesda, MD